The Libertia Society is dedicated to honoring and supporting women who have made intellectual contributions to the ideas of liberty & the pursuit of human flourishing.

We hope to create a world where women’s contributions to the ideas of liberty are widely read, understood, and valued according to their own merits.

Rachel Davison and Christy Horpedahl met at the Institute for Humane Studies in Arlington, VA in 2007. They maintained a close friendship based in their shared love of liberty and the pursuit of eudaimonia. As graduates of St. John’s College’s Great Books Program in Annapolis, MD, they both maintain a deep belief in the power of books, ideas, and thoughtful conversation to improve hearts and minds.

Over the years both Rachel and Christy moved from Washington, DC to more remote parts of the country. Removed from a geographical concentration of intelligent and thoughtful women in the liberty movement, they became more aware of how little the contributions of women to the ideas of liberty were discussed on a larger scale. It was much easier to find conversations about Friedrich Hayek, Ludwig von Mises, and Murray Rothbard than to find conversations about Mary Wollstonecraft, Isabel Paterson, and Elinor Ostrom. So in 2012 they began work on the Libertia Society, an organization that would honor and support women who made intellectual contributions to the ideas of liberty and human flourishing.

Both Rachel and Christy come from an intellectual tradition where the thoughts and writings of women are often absent or dismissed too quickly, especially if they do not conform to strict disciplinary standards or traditional formats. But these ideas are not only ideas for men and by men. They are ideas for all human beings regardless of the accidents of birth. By understanding how women experience, think about, and communicate these ideas we can expand their reach and power to create a freer and better world for all human beings.

A little bit more about us: 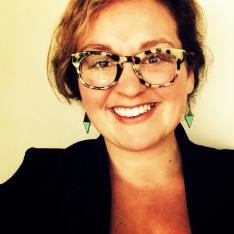 Rachel Davison is the lead middle school teacher at Acton Academy-Guatemala in Guatemala City, Guatemala. Rachel has received her Orientation of Adolescent Studies from the Association Montessori Internationale, the premier international Montessori teaching certificate. For the past five years she has worked as the lead teacher for groups of up to 80 students. Prior to her work in education Rachel spent several years working in fundraising and development in Washington DC for the Philanthropy Roundtable and Ashoka, Innovators for the Public. Rachel has presented for and worked with many educational organizations including the North American Montessori Teacher’s Association Annual Conference; Association for Private Enterprise Education Annual Conference; Great Hearts Academies; Acton Academies; Reason, Individualism & Freedom Institute; Students for Liberty; Ladies of Liberty Alliance. When she isn’t thinking up ways to inspire young people she in probably reading a book someplace with a view.

where she has taught courses on censorship, utopias, dystopias, and intentional communities. She has taught in the Gender and Women’s Studies program and lectured on the causes of the gender pay gap. Prior to coming to BVU, she received her MA from the University of Chicago with a focus on the intersection of economics and psychology. She is also vice-president of the Storm Lake Public Library Board and the President of the Storm Lake branch of the American Association of University Women.  She’s pretty sure that she will not be able to read every book she wants to read before she dies, but that will not keep her from trying.

2 thoughts on “About Us”

Want to support us?

If you would like to support the work of The Libertia Society, please donate with the email
contact@libertiasociety.org.

Donations are not tax-deductible at this time.